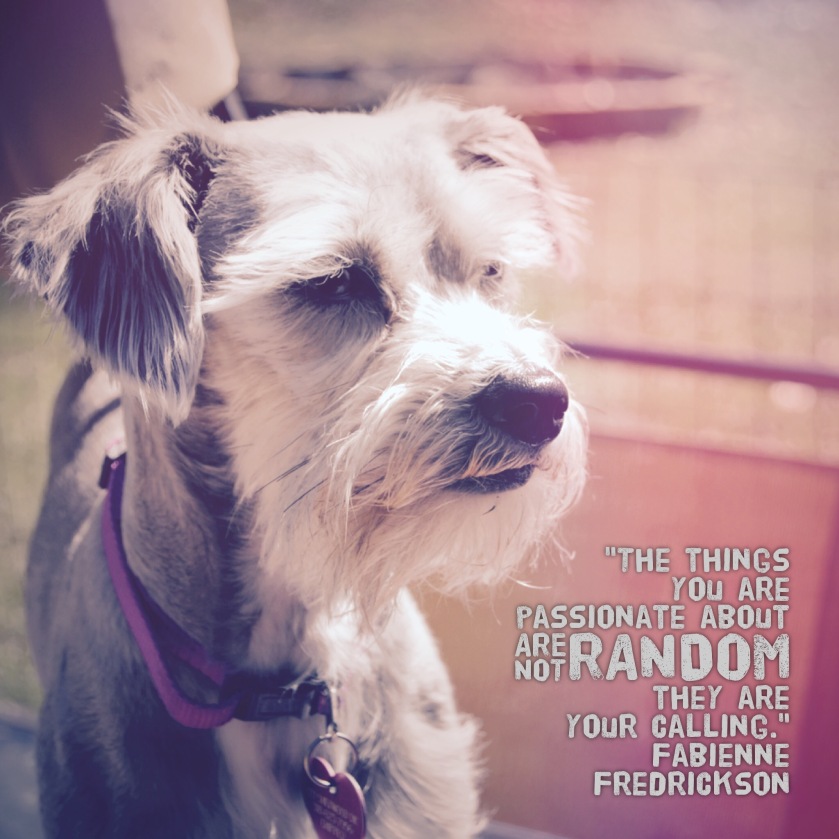 We have a family member I don’t often write about… because she’s a dog. She’s a Schnauzer to be exact. At least that’s what the paper said when we adopted her on a trip out of town as the Lord answered the prayers of two little boys in our household.  Let’s just say she’s probably mostly a Schnauzer. And she’s a pretty good dog… most of the time. A couple nights ago, she was awesome!

For those who don’t know their doggie pedigreee history, Schnauzers were originally bred in Europe to serve on farms as “rat dogs.”  (I suppose there were people back then… like me… who didn’t annoying pests around their property but also didn’t want to have a cat.)  Schnauzers have wicked-quick reflexes and speed.  Their sense of sight is amazing.  And they will go after their prey with intense focus.

That’s a good thing for us because we hate lizards around our house.  We don’t touch them, pick them up, hang them on our earlobes, or let them crawl on us.  We don’t care how many bugs they eat.  We just don’t like them.  So most lizards don’t last long around our house.

We’re not afraid of lizards… just basically disgusted by them. Granted, by the shrieks you hear from the other three people in our family, you might wonder. So you can imagine our consternation when, after opening the back door for only a moment, a decent-sized lizard bolted in the door as I was shutting it. The boys jumped up and hollered, “Lizard, lizard!”  I looked down, spotted it and began the hunt to evict it from our house.

I thought I had it trapped for a moment… until it shot across from behind my recliner to the loveseat portion of the recliner. I grabbed a flashlight, and PR31 set the boys as watchmen at each end of the sectional.  Tactical flashlight in hand, I began to search.  I spotted the lizard in the corner behind the curved portion of seating and thought I had it once more… until I didn’t.

Back under the sectional it dashed.  We decided it was time to bring in the big gun… Sugar the Schnauzer.  We began tilting portions of the sectional over, letting her search. Soon she was on the trail. And we tracked it down to the loveseat portion… where it had crawled up inside the under part of the seat. Sugar was going nuts. We could tell that she saw it and was following it all over underneath.

Finally, I followed her line of sight and spotted it myself.  I was able to coax it out with a fly swatter and thought I would be the hero by removing this bane of our quiet evening. But it eluded my attack once more.

However, it underestimated “the rat-dog”. When it bolted, she flashed.  And before we knew it, she had caught that lizard… in her mouth. (She can never lick us on the face again.)

She grabbed it and locked down… enough to kill it, but not enough to chew it up.  We were elated. That is, until she raced off toward our bedroom and under the bed with the lizard.  We ran to that end of the house with PR31 shouting, “Sugar, NOOOOOO!”

After pulling out a few items stored under the bed, we found Sugar and the lizard.  She would bite it, and drop it… move back, never taking her eyes off of it and dare it to move.  If it twitched or took one step, she would grab it again and give another bite. It’s tail came off in the process.  Eventually it moved no more, and Sugar came out from under the bed… proud as could be, leaving me to get the lizard out and dispose of it.

You should have seen her.  She was in her element. She was vibrant and alive.  She was excited and energetic.  It was obvious that she was doing what she was created to do.  She was living in her purpose.

That’s what life should be like for each of us, you know… full of passion and energy.  When we live in our God-given purpose for which we were created, the world springs into full-color.  We are vibrant and alive.  We are excited.

I’m not saying every moment of every day is the most exciting, incredible thing ever just because you are living in your purpose.  Every person faces challenges and a few dull tasks.  But the greatest part of living life your designated purpose is full and abundant.

Jesus said the enemy of our souls comes to steal, kill and destroy, but that Jesus came to give us a full, abundant life.  You have a purpose.  You simply need to connect with God, ask Him what it is and begin to pursue it.

Take a lesson from Sugar “the rat-dog”… live in your purpose! Go after what energizes you.  Go after your God-given purpose, and you will live a full life, making a significant impact on this world!

One thought on “Rat-Dog Becomes Teacher”