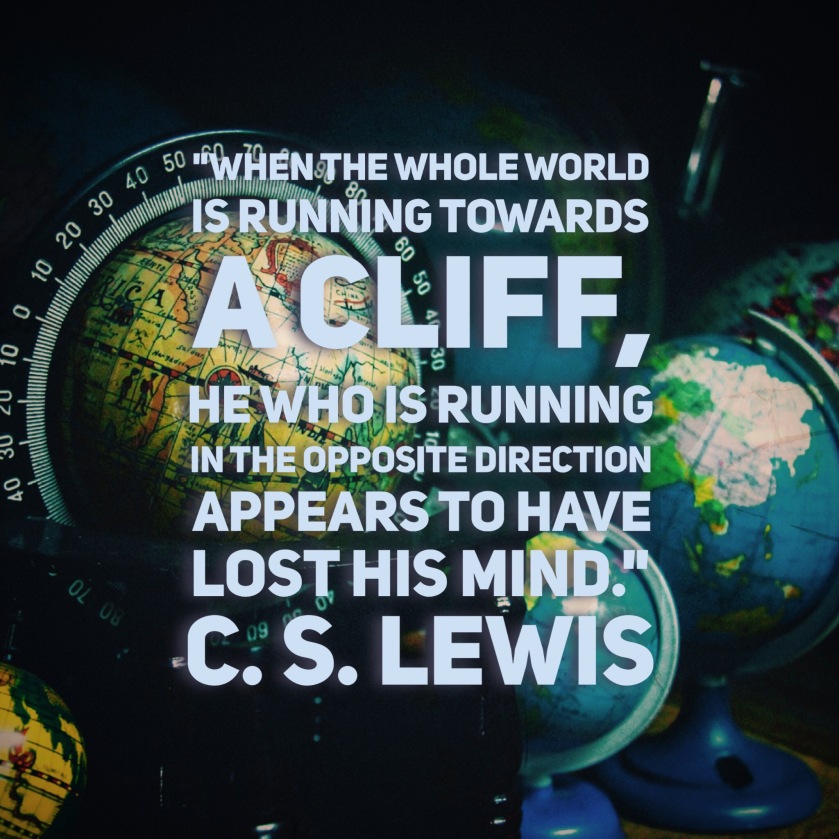 One of my favorite movies of all time is… Rocketman.  In it Harland Williams plays the bumbling and yet brilliant Fred Z. Randall who, through a series of ridiculous events, ends up on the first manned mission to Mars.

Once clear of earth’s orbit, Fred accidentally ends up on a world-wide broadcast of a video call between the President of the United States and the astronauts.  The President asks Fred what it’s like up in space, and Fred replies, “From up here, the earth looks like a giant blueberry.”  The call ends with Fred leading people across the world in the song, “He’s Got The Whole World In His Hands.”

What Fred portrayed in that scene is a known fact for all of us alive today… the earth is round.

But when Columbus lived, many people did not believe that now well-known fact.  In fact, most people believed the world was flat… even though brilliant minds had been suggesting for hundreds of years that it was round.

Yet Columbus believed.  He had faith. Oh, I’m not suggesting he was a Christian or that he was as perfect as some of our history books would portray.  Truth be told, he was wrong about much of what he thought.

But he was right about believing the earth is round.  He believed.  He believed so strongly that, though it took him many attempts to gain the financial backing and actually find a crew who didn’t think they would fall off the edge of the earth if they sailed too far, he persisted.

That’s what faith does. Faith motivates us in the face of doubt. C. S. Lewis wrote, “When the whole world is running towards a cliff, he who runs in the opposite direction appears to have lost his mind.”

Hebrews 11:1 tells us, “Faith is the confidence that what we hope for will actually happen; it gives us assurance about things we cannot see.”  And just five verses later, the writer of that letter tells us that it is impossible to please God without faith.

So ignore the naysayers today. Run the opposite direction when you know in your heart God has promised you that you are running the right way.  Just as Columbus was willing to put his faith in a round earth to the test, be willing to test that of which God has assured you. And one day we will be celebrating your accomplishments!