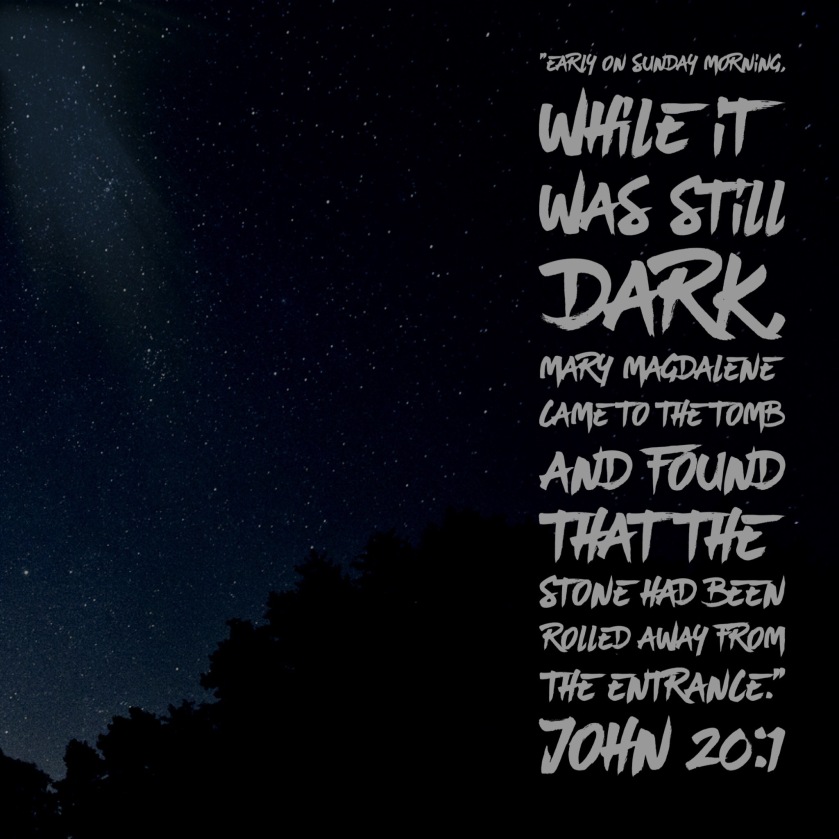 We tried for seven years to have children to no avail.  We were doing everything right but could not have kids of our own, while people who were doing wrong were being allowed to have kids. We signed up to adopt internationally, and even that wasn’t coming together. It was a dark time in my life.

I’m a preacher… that’s no secret.  And I often traveled to preach at different churches during that time frame. I can remember on more than one occasion driving on a Sunday morning to preach somewhere and asking the Lord what I was going to tell people that day as I preached because He wasn’t even answering my prayers. It was a dark time in my life.

More than one night, we soaked our pillows with tears. More than once we got our hopes up, only to have them dashed. I remember wishing that people would quit saying trite little things to try to make us feel better.  It was a dark time in my life.

But it was during that time when, in one of my routine daily times alone with Him, the Lord brought me to John 20:1 in Scripture. It says that “while it was still dark” the women came to the tomb. They expected to find the dead body of Jesus. They expected to do their duty of preparing His body for proper burial. They expected life to remain as dark in their hearts as it was outside.

And that’s what the Lord spoke to my heart that morning… that though it was still dark, the miracle was already in the works for us to have children.

A couple months later, as I headed out to preach at yet another church, Angela told me to pick up a pregnancy test on the way home. I told her I would, and I hit the road.

In the service that morning, as the pastor was about to introduce me, his wife interrupted and said she wanted to do something. She told our story of struggling to become parents and suggested that since we wanted kids, the kids of their church should pray for us to have kids.

Honestly, I thought to myself, “Well, why not… what’s it gonna hurt? We’ve been prayed for a lot.” I was no man of great faith and power at the moment.

But then the kids started praying… I mean really praying… someone had seriously taught those kids how to connect with God when the talked with Him. Suddenly, I got very serious about believing with them for a miracle.

We had a great service, and after lunch with the pastor and his family, I headed home. As I promised, I picked up the pregnancy test on the way home… but with faith in my heart this time.

Angela took the test the next day and informed me it was positive. Not having spectacular faith, I doubted to accuracy, went and bought the most expensive test I could find (because more expensive surely had to equal more accurate) and brought it home for her to try. Again, positive.

We went to the doctor and the doctor told her she had never in all her years of practice seen anyone with levels of positive results so high. She said, “Baby, you’re not just pregnant… you are PREG-NANT!”

I share all that on this Easter eve… while it’s dark outside… to encourage you.  We all go through some dark times in life… some times when we think all is lost… it’s all over… there’s no hope of things turning around.

But Easter is all about the fact that, with God, nothing is impossible.  Sure it may be dark and you may simply be dutiful at this point, but the miracle is already started. Another few steps… around that bend in the path… and you will find that God was working before you ever knew it! And life will be bright again. Take heart! Grab hold of hope!

The Son rose as surely as the sun rose. And you will smile again soon.  There will be a day when you tell someone your story like I’ve told you mine, and you will find it amazing that you ever doubted God.

So, take those few more steps… but may they not be heavy… because just a little way ahead of you… your miracle awaits your arrival!

2 thoughts on “While It Was Still Dark”