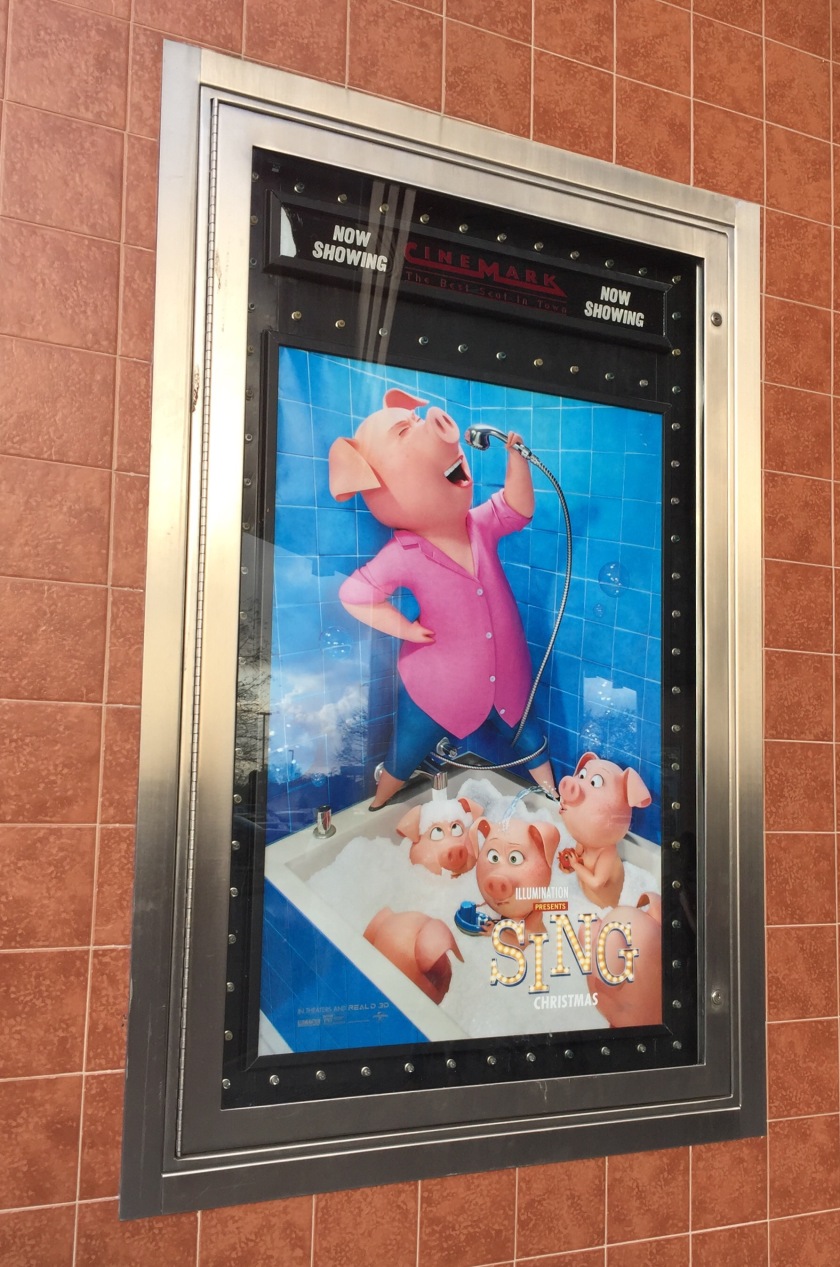 I went to see a movie with my parents today. At a theater.

Not a big deal? Well, maybe not to you. Perhaps you went to movies with your parents growing up.

I, on the other hand, was told that going the theater to watch movies was wrong. I was told that if the rapture took place while I was in a theater watching a movie, I would rise to meet the Lord in the air but would hit my head on the ceiling and fall back down. I was once not allowed to go on an elementary school field trip to see Bambi because of our religious convictions. My parents did not go to the theater to see “The Passion of the Christ.”

The philosophy behind this standard was that there were not just good movies being shown at the theater, but also bad movies and people who know you are a Christ-follower might see you in line to buy tickets and mistake which show you were there to see. Not to mention, movie theaters were just above pool halls and such where people with low morals went to do wrong.

Don’t get me wrong. I’m not bitter. I had a great childhood… I somehow developed socially (mostly, 😜)… and I truly respect that my parents held to their standards regardles. Along with that, I can never recall them saying anything negative about people who chose to go to movies. It was our family’s standard and we were sticking to it.

So it was a big deal when my parents cut loose a few years ago and began going to movies in their retirement years. It came after my dad’s near-death experience of having a liver and kidney transplant. They wanted to go as a family one Christmas. I felt like they were just trying to do something together, and so I told them they didn’t have to violate their conscience nor break their streak of not going to the movies just to spend time with their kids.

Turns out they realized something. They realized that they had been stubbornly dogmatic about something that was not so black and white. Sure there are bad movies where they show good movies.  But there are also bad TV stations on the satellite company’s box in their living room along with the good stations.  And there are inappropriate magazines on the racks at the grocery store checkout next to Reader’s Digest.

What they realized is that we sometimes tend to make a hard and fast rule about an issue we think affects our holiness when God is saying to make right choices out of a pure heart… to support those who produce right things and avoid those who do wrong things.

I want my kids to grow up knowing what their grandparents learned in retirement… There are very few thing which are completely one way or the other and that’s it… You must believe in Jesus Christ and confess Him as Lord to be saved is at the top of that list… after that, love Him so much that you draw close to Him and let Him point out what’s okay for you and wrong you… annnndddd…. let Him do the same for others.

No, I did not just say that I believe in situational ethics or that what’s true for you may not be true for me. I said I believe in letting the Holy Spirit do the convicting and in us doing the obeying.

I have some of my own convictions today… coffee shops I don’t buy coffee from because of the causes they choose to support… stores I try to avoid shopping at because of lifestyles they applaud… shows or channels I don’t watch on TV because of what they choose to promote. I don’t force my choices on others… but I quietly hold to my standards.

And for the record, PR31 (aka Angela for those who have never heard me speak)  and I have a standard we have set for ourselves as a family that we will not watch any movies from a particular rating or beyond. It’s our own conviction, prompted by our desire to not put things into our hearts and minds that we do not believe are positive, uplifting or helpful to our life with Christ.

By the way, it was a cute little movie. I learned something from it. And we had fun as a family. Who would have believed it 30 years ago?

Thanks, Mom and Dad, for setting the example once again by showing me how to gracefully acknowledge that in our quest to do right as a family, we might have gone a little overboard but that when we are presented with truth we can modify our behavior to still fit within what the Holy Spirit expects of us.